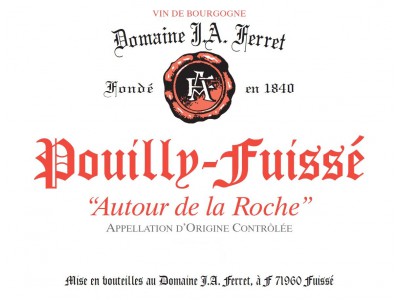 'Autour de la Roche', formerly known as 'Sous Vergisson' is a blend of grapes grown in the best terroirs located around the Vergisson outcrop.

Age of the vines

The most recent vineyard to enter into commercial production is the young vineyard of Ménétrières, which became part of Vergisson blend, alongside fruit from much older vineyards, including the Vigne des Verchères, which was planted in 1959. The average age of the vines that go into cuvee is around 40 years.

As is typical in Fuissé, the geology is diverse, with some stony soils but, in the main, soils derived from Triassic sandstones and clay, as well as shallower soils based on hard limestones with marine fossils.

This vintage was entirely vinified in stained steel. Bottled on 4 September 2019.

The first impression is of a pretty, floral nose, reminiscent of frangipani. The palate itself is both delicate and full of flavour.